Do you like the way people respond to you?

Imagine if you shut off each of your senses – your hearing, your sight, your sense of smell, your taste and then your touch. You would have no access to the world around you – it wouldn’t exist other than the idea of it from previous knowledge.

Our senses are our interface with the world yet they don’t only allow access to the world, they perceive it as well. Take two people standing in front of a painting at an art exhibition. 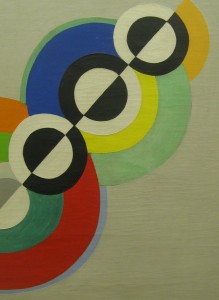 One looks at it admiringly – analysing the brush strokes and choice of colours; the other looks at it and thinks, ‘What a load of junk, my 4 year old son could have done better!’ The painting remains the same yet both people have a completely different perception of it. How we perceive things is through our subtle senses.

Our subtle senses work by interpretting the information received by our normal senses through our belief systems. Belief systems define us as people – take someone walking into a job interview. If they hold the belief system that ‘I am not good at anything’, it will greatly affect they way they interpret what they see, hear and feel about the interviewer; which, in turn, will influence their answers and ultimately the outcome of the interview.

Working with releasing limiting belief systems can help people to perceive the world in a clearer and less prescriptive manner. Have a look at the way you perceive situations – do you like the outcomes or the way people respond to you?

This entry was posted in Stacey's blog. Bookmark the permalink.