Stacey McIntyre studied Economics and Law at University and went into a career in merchant banking. After a few years in this world, she left and bought her first business which was hugely inspiring and very exciting but it was only when she qualified as a lecturer and began teaching teenagers who had fallen through the traditional education system that the seed was sown for what is now her practice. 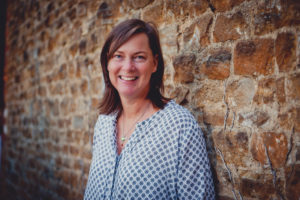 In 2004, following a spate of chronic migraines, Stacey was diagnosed with a brain tumour and sought help from a Holistic Practitioner. She found using an integrated approach with medical and holistic therapies, her health improved and she started to feel reinvigorated with a renewed zest for life.

This fuelled a passion for studying and learning and resulting in Stacey becoming a Holistic Practitioner. What she loves most about the work she does, is seeing the difference it makes in people’s lives and sharing with them the joy of living. Life isn’t about mere existence and survival – just trying to get by and settling for second best, it’s about fully embracing all that life has to offer and finding the joy, excitement and overwhelming passion we need to live an exceptional life.

In February 2015, Stacey bought  The Holistic Centre, Godalming where she had been practicing from for the previous few years. The Centre was voted Runner up in Business of the Year for Surrey, Finalist in the SME National Business Awards, Best Holistic Therapy Centre in Surrey and one of the Top 3 Clinics in the Country by CAM Expo.

There are 7 therapy rooms with a yoga studio and over 40 therapists offering around 35 different Holistic Therapies.

Stacey combines intuition, training, knowledge and focus as she works with a gentle presence and deep awareness.